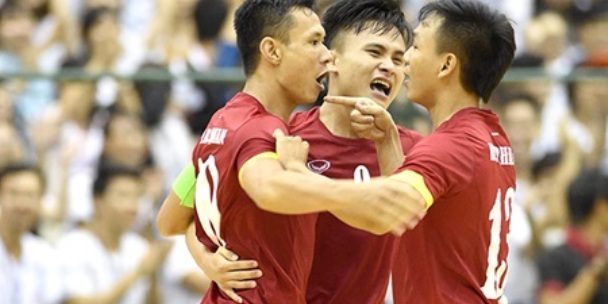 HO CHI MINH CITY (25 Jan 2016) – The Vietnam Futsal team picked up their first win out of two friendlies that will be played this week when they beat their Malaysian counterparts 5-4 in a pulsating tie that was played at the Thai Son Nam Gymnasium.

The two sides will play their second friendly tomorrow at the same venue.

Both teams are preparing for the 2016 AFC Futsal Championship finals which will be held in Uzbekistan on 10-21 February.

Vietnam are in Group C with Thailand, Hong Kong and Tajikistan while Malaysia are in Group D with Japan, Australia and Qatar.