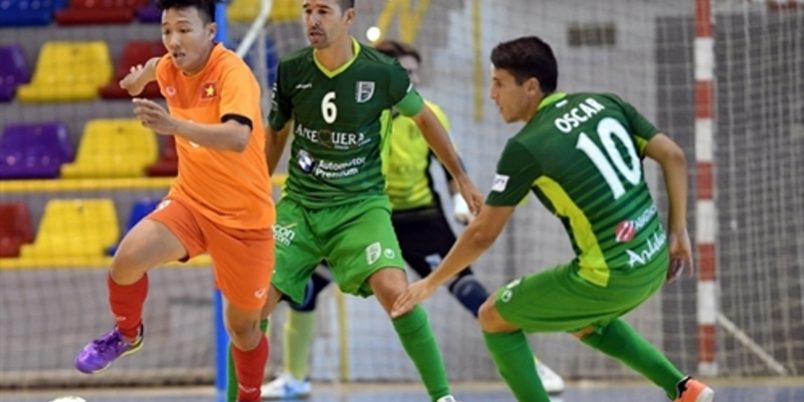 HO CHI MINH CITY (26 August 2016) – The Vietnam Futsal team picked up their first win in their tour of Spain when they beat club side UMA 2-0 on penalties.

The score at the end of regulation was 2-2.

A goal down at the break, Vietnam’s Tran Van Vu found the equaliser in the 30th minute.

UMA were again in front a few minutes later before Tran Thai Huy drew level from a narrow angle.

In the penalty shootout, Thai Huy and captain Nguyen Bao Quan scored one each, while UMA failed to convert theirs.

The Vietnam Futsal team had earlier lost 4-1 to the Spanish national team.

Vietnam are preparing for the FIFA World Cup later this year.