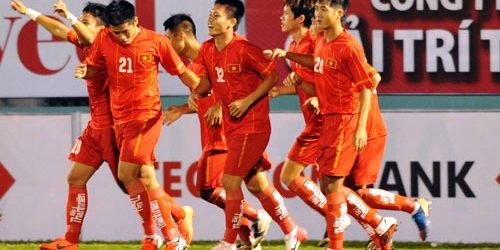 HANOI (3 Feb 2013) – The Vietnam national team scored a morale boosting 2-1 win over South Korea’s Hyundai Mipo Dolphin Club 2-1 in a friendly that was played at the Hang Day Stadium.

Just 16 minutes into the game, Vietnam went in front through Quoc Anh before Mipo replied off Lee Jae-won. But the hosts got the win they were looking for when Mac Hong Quan scored the second goal on 70 minute.

The win was Vietnam’s third in a series of friendlies following their 2-0 victory over Vicem Hai Phong and former V-League champions Hanoi T&T 2-1.

Vietnam are using these games to prepare for their first game in the qualifying round of the 2015 Asian Cup against United Arab Emirates at the My Dinh National Stadium on 6 February.