Vidmar pays tribute to Olyroos after exit in Doha 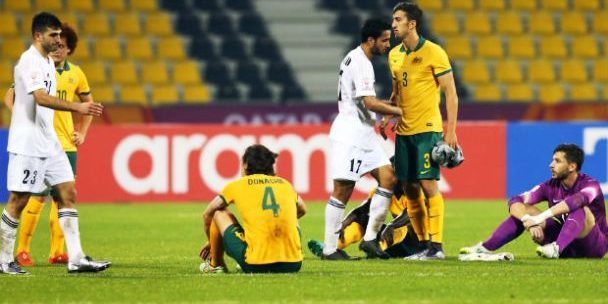 SYDNEY (21 Jan 2016) – Olyroos boss Aurelio Vidmar says couldn’t fault the effort of his players who have been left devastated at seeing their 2016 Rio Olympics dream ended on Thursday morning (AEDT).

The young Australians were held to a 0-0 draw against Jordan at the AFC U-23 Championships in Doha, meaning they finish third in Group D and are eliminated from the tournament.

It’s a bitter pill for the side to swallow as they dominated much of the game against Jordan, without really generating enough chances in front of goal.

But Brisbane Roar striker Jamie Maclaren almost made himself a hero deep into stoppage-time, only for his cheeky lob over the ‘keeper to slam onto the crossbar.

“It was a very difficult game for us but we knew that coming into the game,” a dejected Vidmar said post-match.

“We knew we would probably control most of the game, which we did, unfortunately we weren’t able to break the deadlock.

“I can’t fault the players, they gave everything they possibly could. They had a great game…unfortunately we weren’t able to get the result.”