Vidmar announces squad for AFF U16 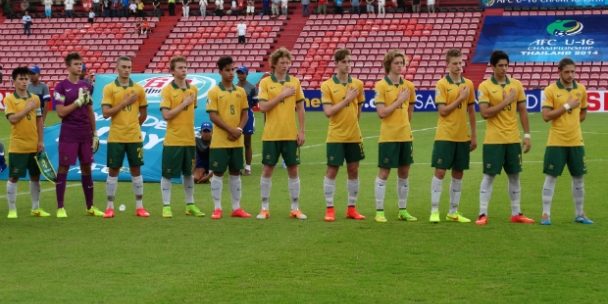 SYDNEY (24 July 2015) – Australia coach Tony Vidmar has announced his 23-man squad for the upcoming AFF Under-16 Championships which will begin in Cambodia in three days.

Vidmar settled on his squad following a string of training camps since the start of 2015.

The Joeys as they are called are in Group B for the tournament in Phnom Penh and where they will take on Singapore, Philippines, Myanmar and the host nation.

The 11-nation tournament will be vital preparation for the AFC Under-16 Championships, which act as qualifiers for the Under-17 World Cup

“It will give the players their first experience of playing international football in Asia and give them a good idea of what they’ll be up against in the qualifiers,” said Technical Director Peter de Roo to www.footballaustralia.com.au

“We will continue to build on the work we have been doing with these players in camps throughout the year.”

The top four nations at the AFC Under-16 tournament will progress to the Under-17 World Cup.