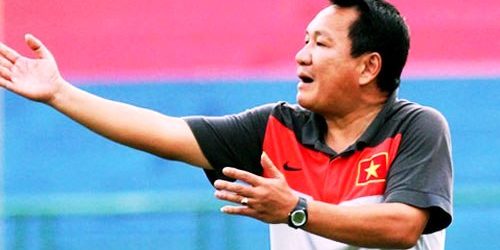 After the Under-23 team’s failure to make the cut for the semi-finals of the SEA Games 2013 in Myanmar, Van Phuc had voiced his desire to quit to the VFF. But the VFF did not accept it.

“I am the head coach. I will shoulder all the blame and comments as the U23s were not successful. I have told VFF general secretary Ngo Le Bang that I want to quit,” said Van Phuc (pix).

“I do not blame anybody for this loss. It is football. When you win you will have everything, but if you lose, people will see problems everywhere.”

But VFF deputy chairman Nguyen Lan Trung added that Van Phuc has signed a work contract with the VFF. And while he may have the right to quit, still the VFF will have the final say.

Van Phuc’s next assignment will be for Vietnam’s game against Hong Kong in a 2015 Asian Cup qualifying round tie at the My Dinh Stadium in Hanoi on 5 March.