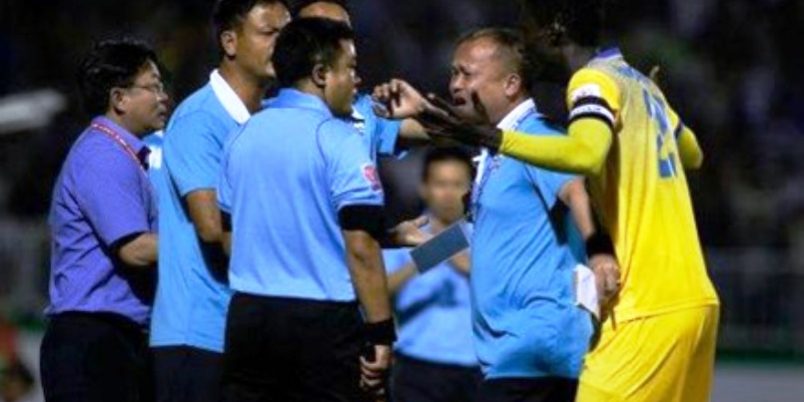 The recent farce in the match between Long An FC and HCM City FC which saw the  former winning 5-2 saw played from HCM City just standing in the closing stages of the game in protest of awarding a late penalty.

And just last week, the match between Hoang Anh Gia Lai and FLC Thanh Hoa saw the referee not giving two clear penalties while later changed his mind in the award of a goal.

Duong Van Hien, deputy head of the referee board said that the VPF may also approve the plan to hire foreign referees if necessary.