Uruguayan Reinforcements for Indonesia U19 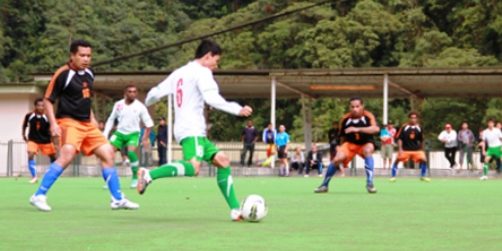 JAKARTA (12 Aug 2013) – Indra Sjafri, the chief coach of the Indonesian Under-19 team has called on two Uruguayan-based players to reinforce the team for the AFF U19 Championship that will be played in Surabaya next month.

“We needed these reinforcements. And at the moment, we needed a keepr and also a winger. It so happen that they are back from Uruguay, so why should we not call them,” quipped Indra.

There are now 28 players in the team.

“I will make further assessment when we reach Surabaya before we play a series of friendlies. After that we will trim the squad down to 23 players as we head into the final tactical phase,” he added.