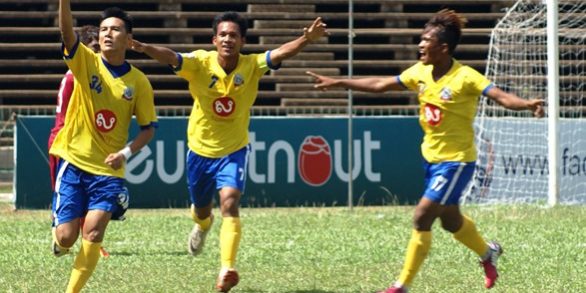 PHNOM PENH (9 June 2013) – Uninspired Naga Corp FC were held to yet another draw in the Metfone Cambodia League 2013 when they failed to get the better of Asia Europe University following their 1-1 draw at the National Olympic Stadium yesterday.

Oriola Adeseye had given Asia Europe the lead on 35 minutes before Naga Corp scrambled for the one point with the equaliser Chuon Chumm right at the end.

In the meantime, National Police improved into the top half of the league with a 2-0 win over Kirivong Sok Sen Chey FC.

Sok Va gave National Police the lead in the 15th minute before Say Pisal added the second goal in the 28th minute.