U18: Thailand join Malaysia in semi-finals 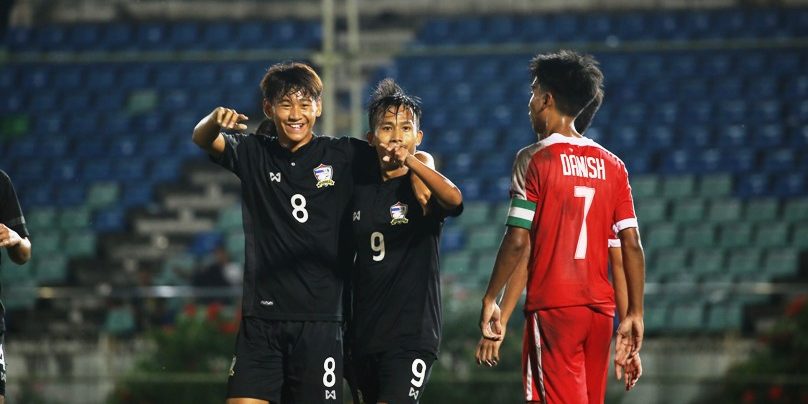 YANGON (10 Sept 2017) – Thailand have joined Malaysia in the semi-finals of the AFF Under-18 Championship where tonight they overcame a stubborn Singapore side 2-0 to pick up their fourth win in a row.

The three points tonight has put Thailand on level terms with Malaysia going into the last game of the group in two days.

“The Singapore side were physically bigger and that made it hard at the start,” said Panyawat Nisangram afterwards. “But we played to instruction and that made the difference in the second half.”

Singapore were a lot more composed at the start where they defended in numbers and rarely give the Thai the chance for a clear shot at goal.

That discipline paid off handsomely for Singapore when they held off the Thais for long period well into the second half to frustrate the Thais.

But the persistent badgering of the Singapore backline would lead to one mistake in the 67th minute where off a cross from Chaiwat Weerakijphanich on the right, Yuthapichai Lertlum headed the ball in to give the Thais the lead.

And the Thai bench would once again erupt into celebration just eight minutes later where the failure of the Singapore defence to make a clearance allowed Chokanan Saima-in to stab the ball in from close range.

“We wanted to win this game so badly,” said Jacob Mahler. “If we had won this game, it would at least give us a chance for a place in the semi-finals. Now it is all over.”