U18: Malaysia take on Thailand in final 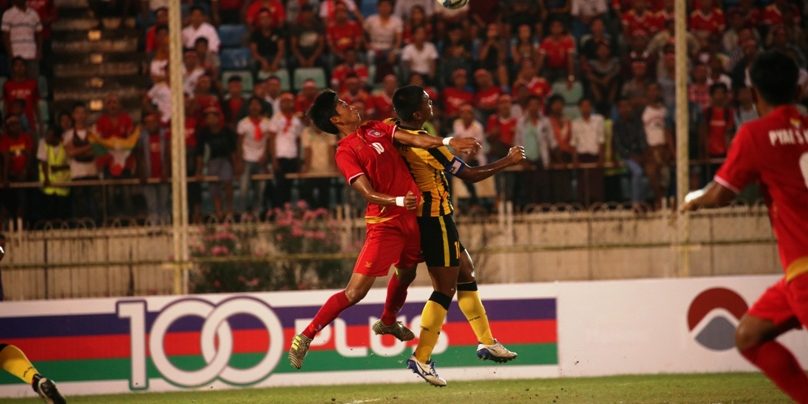 YANGON (15 Sept 2017) – Malaysia will take on Thailand in the final of the AFF Under-18 Championship here at the Thuwunna Stadium in two days, after they beat hosts Myanmar 5-4 in a rain-drenched penalty shootouts of the second semi-final.

As it was in the first semi-final, the score at the end of regulation was 0-0 with both teams putting up a highly entertaining match in front of more than 20,000 screaming fans.

“We are naturally delighted with the win today. Myanmar gave us a good fight but we maintained focus and that made the difference,” said Malaysian striker Muhammad Hadi Fayyadh Abdul Razak.

“It was a battling performance from both teams.”

Following the pace that was set by the earlier Indonesia-Thailand tie, the match between Malaysia and Myanmar was expected to be explosive. And it was.

But what made the difference was that both set of players maintained discipline throughout and kept all their actions on the field which gave the spectators clear action from end to end.

Chances were many for both teams but neither strikers could make any of them count although Myanmar ended the half better with a string of attempted that pushed the fans to the edge of their seat.

Paye Sone Naing was guilty of not being able to finish a handful of chances while just before the break, a stinging freekick from Myat Kaung Khant was tip over by Malaysian custodian Muhammad Azmi Abdil Ghani.

With the second half continuing very much in the same vein with missed chances and excellent saves from both teams, the probability of the match being decided on penalties went up several folds.

In the penalty shootouts, it was Muhammad Azmi again who was the hero when he blocked the attempts from Than Htike Zin and Aung Wunna Soe to give Malaysia a 5-4 win.

The only player who missed was Ammar Akhmali Alias, whose attempt came off the post.

“In penalties, it was all down to luck and it seemed that luck was not with us tonight,” said Myanmar midfielder Lwin Moe Aung.

“We tried to win and give the Myanmar people a reason to celebrate but we just could not do it tonight.”