U15 Girls: Laos coast past Cambodia to make semi finals 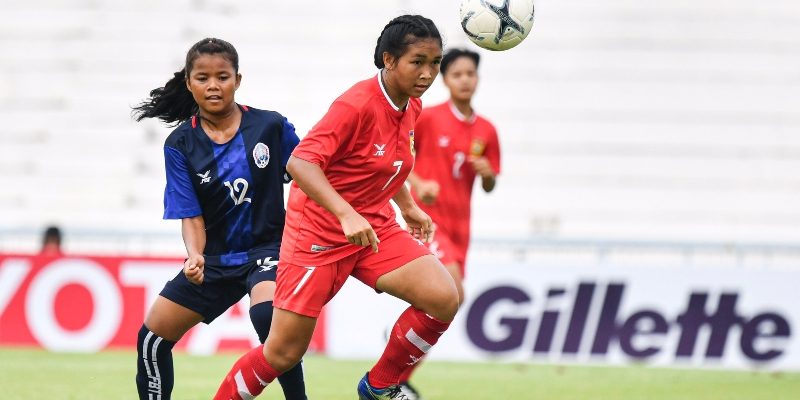 CHONBURI (15 May 2019) – Laos did just enough to coast past Cambodia 2-0 in a Group B tie of AFF Under-16 Girls Championship 2019 to book their place in the semi-finals of the meet this year.

Laos needed the full nine points from their first three matches in the group, and that was what they delivered today as they took full control to score twice and where they will now wait for what happens next in the Thailand-Malaysia game.

For the moment and at least for the next few hours, Laos are at the top of Group B with nine points.

Cambodia, who are already out of contention, did not lie down on the day where they competed for everything against a Laos side bereft of top striker Pe.

And even then, Laos were still a handful as they pushed Cambodia back for much of the exchange before finally finding the back of the net once in each half.

The first goal came in the 29th minute when Chinda Sihalath took advantage of some hesitant Cambodian defending to score.

But Cambodia came close with the equaliser with just a minute left of the first half but the unmarked Somnit Nimol just could not find the right finish to a freekick that the Laos defense failed to clear.

And nine minutes after the restart, Laos doubled their advantage with Seungdeuan Phonghailath firing in a freekick to the top left corner of the Cambodian goal.