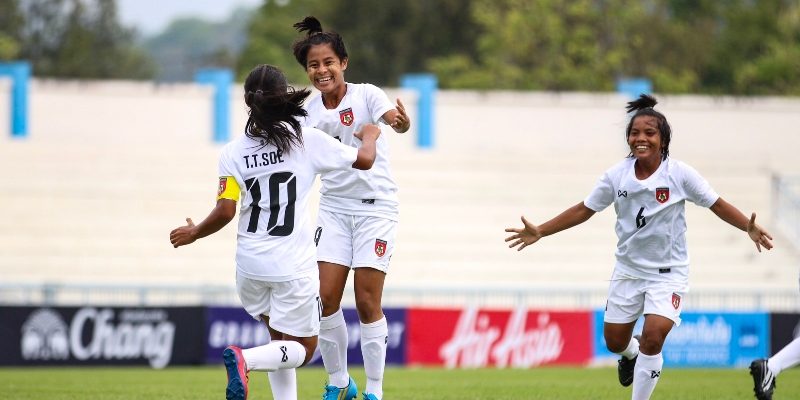 CHONBURI (10 May 2019) – Football they say can be a bit harsh and the young Timor Leste girls certainly received some bitter pills today when they were at a receiving end of a marauding Myanmar side who pummelled them 26-0 in their opening game of Group A of the AFF U15 Girls’ Championship 2019 here at the Institute of Physical Education.

The more organised Myanmar side certainly deserved the one-sided win but for the youngsters from Timor who were using mostly players from the 13-years-old, they took on the match gamely and displayed good values throughout the match.

“We were expecting this type of scorelines. Really, it was no surprise. But I have to salute the girls as they fought hard and they showed good spirits throughout,” said Timor head coach Lee Min-young. “Now it is a question of lifting their spirit and to fight for the next game to reduce the scoreline.”

In between, Timor’s Xenia Maria Soares Pinto scored an own goal in the 68th minute.