U15 Girls: Fabulous start for Laos 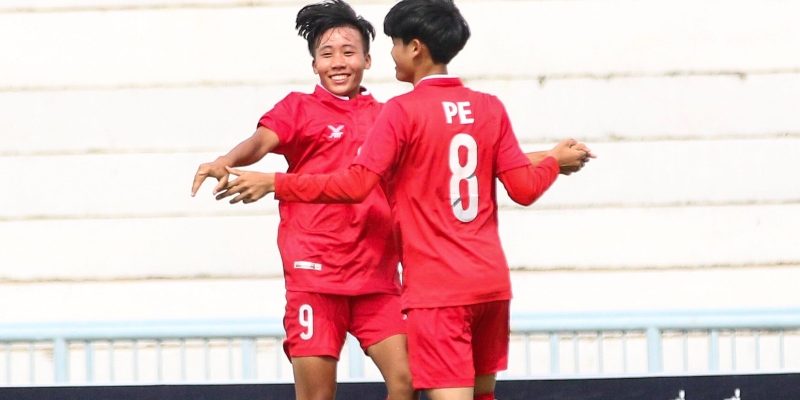 CHONBURI (9 May 2019) – Laos made a fabulous start to their campaign of the AFF U15 Girls’ Championship 2019 when they blasted Malaysia 4-0 in their opening game of Group B that was played this afternoon here at the Institute of Physical Education.

In the match that was played under calm conditions, it was Laos who had better control of the game as they struck in all four goals in the first half to put the tie beyond doubt.

Enroute, striker Pe nailed a hat- trick to put her name at the top of the scorers’ list.

“It is good that we won today as we expected to take up the three points,” said Laos head coach Phonethip Sengmany afterward. “But in general, the players still could not stick to the game plan which we have already drawn up and that is something which we need to improve on obviously.”

The early exchanges saw the Malaysian girls living it dangerously as they were not focused on clearing their defensive line fast enough.

And that allowed Pe and Co. a handful of the early opportunities which really could have seen better finish.

It was a matter of time before the Malaysian goal was breached and in the 21st minute, the Laos bench broke up into rupture when Pe lobbed in from some 20metres out.

Right at the half hour mark, Pe was again on target when she picked up a through pass to run the ball in past Malaysian keeper Dalyana Mohd Rosdi.

And Dalyana had to pick up the ball for the third time just five minutes later off Pe’s swerving shot as strike mate Chinda Shihalath then finished the first half with Laos’ fourth goal of the game.

Several substitutions into the second half, affected the shape and pace of the Laos game as the Malaysian girls tried hard to at least get a goal back.

But striker Sophia Royani Poulsen was not well supported as the game then trickled down all the way to the finish.