U12 girls follow dreams thanks to Danone Nations Cup 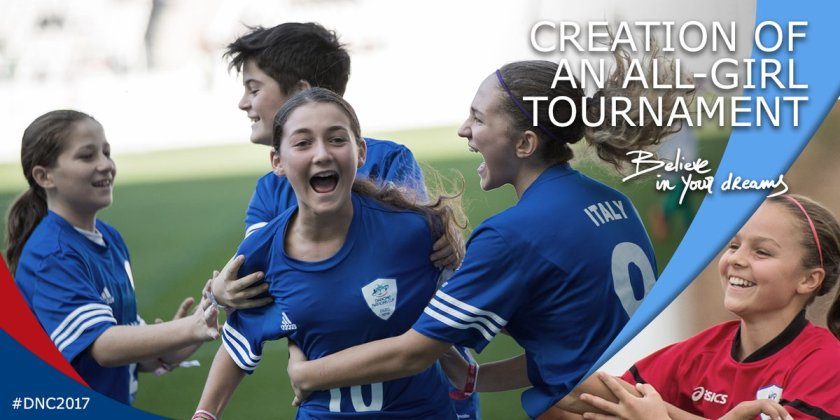 DILI (23 Feb 2017) – The game isn’t just for boys, and with women’s sports on the rise globally, the world’s biggest tournament for U12 players now provides an opportunity for girls to also make their dreams come true on the field.

Supported and promoted by major football bodies such as FIFA, women’s football is truly coming into its own.

Eager to play a role in changing perceptions of the game, the Danone Nations Cup, with its 17-year history in organizing international youth competitions, is launching the first football tournament exclusively for U12 girls.

One Danone Nations Cup, two tournaments The girls’ tournament will follow the same format as the boys’ version, starting with national tournaments. The winner of the national final earns the privilege of representing their country at the 2017 World Final, to be held in the United States.

While the boys tournament currently comprises 32 nations, this first edition of the girls’ tournament will see eight teams battling it out at the Danone Nations Cup World Final, writing the opening chapter of a tournament with a bright future.

Danone’s C.E.O., Emmanuel Faber, is proud to be a part of the adventure: “With the creation of this tournament for young women, Danone has taken a significant step towards encouraging more children to follow their dreams on and off the field. What’s more, it underscores our company values, which over the past 20 years promote inclusive diversity, openness, and changing mentalities when it comes to gender equality.”