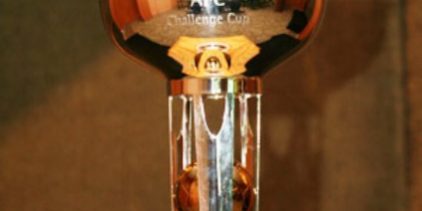 MANILA (22 March 2013) – Cambodia’s hope of making the next round of the AFC Challenge Cup were dealt a severe blow this afternoon when they were walloped 7-0 by Turkmenistan in Group E of the qualifiers that was played at the Rizal Memorial Stadium.

Amanow Arslanmyrat gave the Turkmen the lead early in the eighth minute before Nazar Bayramov then added two more goals in the 24th and 37th minute. An own goal off Om Thavrak in the 42nd minute put Turkmenistan comfortably in front at 4-0 at the end of the first half.

With the win this afternoon, Turkmenistan are in control of Group E with six points after getting the first three points following the withdrawal of Brunei.