Tonic for Indonesia U23 ahead of Singapore SEA Games 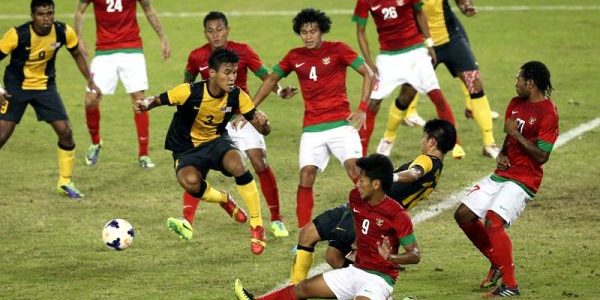 BANDUNG (22 May 2015) – The Indonesian Under-23 team put their troubles off the pitch behind them to beat the Malaysian counterparts 1-0 in a friendly that was played at the Si Jalak Harupat Stadium in Bandung.

Pressing the visitors hard from the get-go, the visiting Malaysians had to back pedal at the start as Indonesia pushed forward through the hardworking Ferinando Pahabol.

Malaysia’s goal was finally breached in the 36th minute Wawan Febrianto fired in from the edge of the goal to beat the whole of the Malaysian backline.

But while Indonesia had to play with just ten men from the hour mark when defender Hansamu Yama picked up his second yellow card of the game, the Malaysians just could not turn things to their advantage.

The score remained 1-0 to Indonesia till the final whistle.

Men’s football at the SEA Games this year will begin on 29 May with matches from Group B.