Tina to lead Singapore for AFF U15 Girls’ 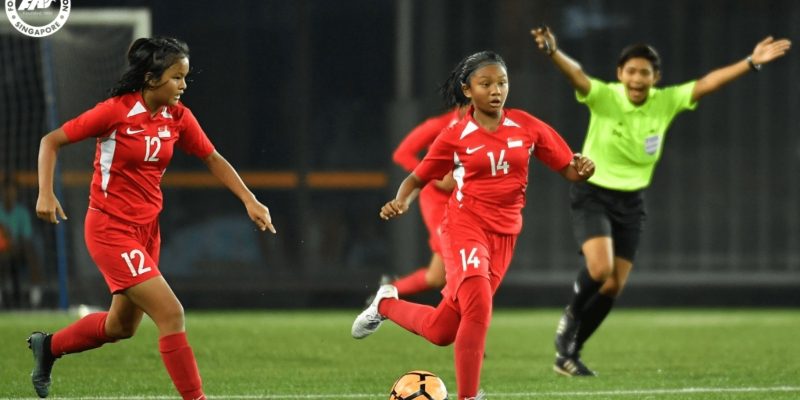 SINGAPORE (7 May 2019) – Tina Afrida Nasmi will lead the Singapore Under-15 Women’s National Team for the ASEAN Football Federation U15 Girls’ Championship 2019 which starts in two days in Chonburi. Thailand.

Singapore have been drawn alongside hosts Thailand, Cambodia, Laos and Malaysia.

They will kick off their campaign against Cambodia on 9 May 2019.

Tina said: “Most of the players were called up to the UEFA-FAS Under-15 Girls’ Tournament in March, where we had a good run of results. The girls have gotten used to playing with one another and gelled well together, on and off the pitch. I hope that they will show this teamwork during the tournament and play as one team.”

The defender, who was named Most Valuable Player in the UEFA-FAS Under-15 Girls’ Tournament, added: “This is my first time travelling with the team and I am looking forward to the experience. I hope to be able to help my team get the results we want if I am chosen to play.” – www.fas.org.sg

Fixtures for the AFF U15 Girls’ Championship 2019