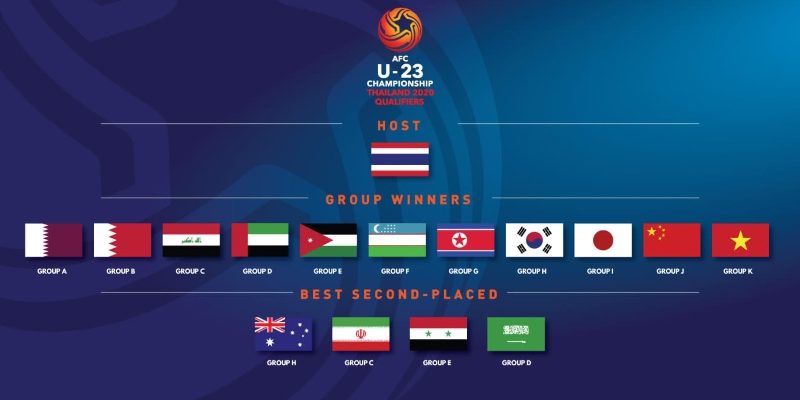 The three teams are Thailand – who will also be the hosts for the championship this year – alongside Vietnam and Australia.

Thailand have already qualified as hosts.

Australia qualified as one of the best four second-placed teams.