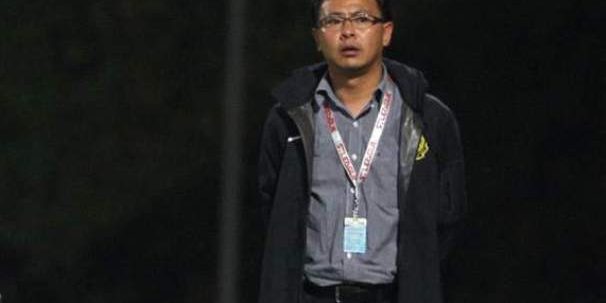 SINGAPORE (31 May 2015) – The Malaysians might not have scored anywhere near the six goals each that were plundered by Vietnam and Thailand the previous day but as coach Datuk Ong Kim Swee said afterwards, winning the three points is more important than scoring lots of goals.

Malaysia edged Timor Lest 1-0 on the second matchday of Group B that was marked by the first red card of the competition on Malaysia’s Muhammad Nazmi Faiz Mansor.

“I really don’t care about the results, just as long as we get the three points,” said Kim Swee. “Sure Vietnam and Thailand scored six goals each but they still win only three points and not six.”

Malaysia started strongly to score in the 11th minute through D. Saarvindran before a moment of madness in the 32nd minute forced Malaysia to change their game plan with a man down.

“The players showed good attitude to protect our advantage,” added Kim Swee. “What do I think of Nazmi’s likely absence for the next match? It does not matter.

“There are no star players in our team. Everyone can play.”