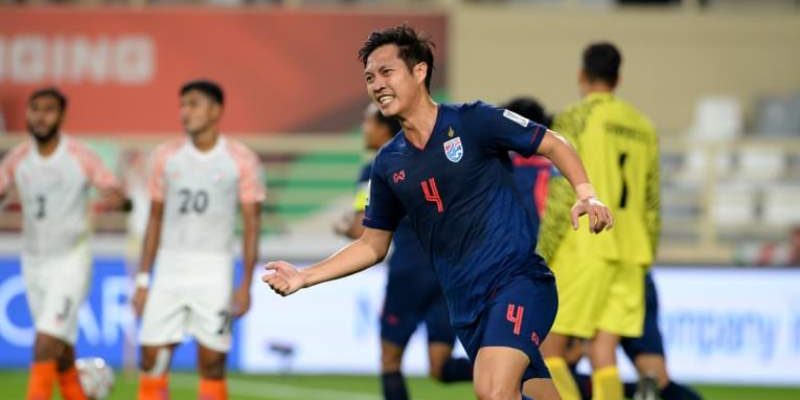 Despite having creating numerous chances at the start, it was India who went ahead when Sunil Chhetri converted a penalty in the 27th minute after Thailand’s Theerathon Bunmathan was penalised for handling.

But the Thais fought back with the equaliser just six minutes later when veteran striker Teerasil Dangda nodded in Theerathon’s expertly delivered set-piece.

Just two minutes into the second half, Ashique Kuruniyan and Udanta Singh combined to set up Chhetri’s second goal as they then pressed on for a 3-1 advantage on 68 minutes, off Anirudh Thapa close finish.

And ten minutes to the end, India rounded off a fine evening for substitute Jeje Lalpekhlua curling end from the edge of the box.

The win has allowed India to stand tall at the top of Group A following hosts UAE’s 1-1 draw against Bahrain a day earlier.