THAILAND TO TRAIN IN CHIANGMAI OR PHUKET FOR WORLD CUP QUALIFIERS 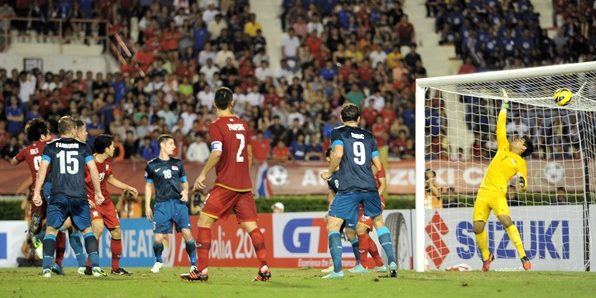 BANGKOK (4 July 2011) – The Thai national team has set either Chiangmai or Phuket to prepare for the second round of the 2014 World Cup qualifiers.

Thailand received a bye in the first round of the World Cup qualifiers and where they will face Palestine in the second round which will be played on 23 July 2011 and also 28 July 2011.

Datuk Worawi Makudi, the president of the FA of Thailand (FAT) said that he would prefer the Thai national team to train either in Chiangmai or Phuket before their first-leg match against Palestine on 23 July 2011 at the new I-Mobile Stadium in Buri Ram.

ASEAN TEAMS IN SECOND ROUND OF 2014 WORLD CUP QUALIFIERS