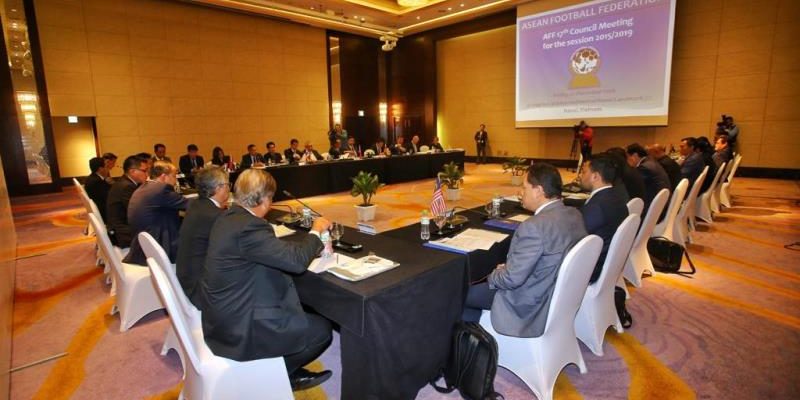 All three tournaments in Thailand will be played out at the IPE Stadium in Chonburi. The AFF Girls’ Under-15 will take place rom May 10-22 while the AFF Boys’ Under 15 will run from July 22 to Aug 9. Less than a week later on Aug 16, the AFF women’s competition will kick-off, it will conclude on Aug 27.

While Thailand have three events next year, Vietnam will be the venue for two AFF events – the AFF Boys’ Under-18 and AFF Futsal Championship. The AFF Under-22 Championship, which will be first event for 2019, will be staged in Cambodia.

The six competitions are important for the teams in the Southeast Asian region as they will provide the teams with a crucial platform to test their teams out ahead of some of the continental competitions.

AFF Deputy President Maj Gen Khiev Sameth, in his opening address at this morning’s AFF 17th Council Meeting here, congratulated the winning nations in this year’s competitions. He also thanked the FA of Indonesia for hosting all the AFF events this year. “I have to once again commend the Football Association of Indonesia for all their hardwork in delivering our competitions for 2018.”

Maj Gen Khiev Sameth also congratulated AFF Suzuki Cup finalists, Vietnam and Malaysia. “With respective leaps in development, it is no surprise that we are once again congratulating Malaysia and Vietnam who will be battling it out tomorrow to e crowned the champions of football in Southeast Asia.

“The AFF Suzuki Cup is a celebration of football in the region and I would like to thank all the participating Member Associations for their contribution in making the 2018 edition of the AFF Suzuki Cup the most successful ever,” Maj Gen Khiev Sameth added.

The AFF Council Meeting was held this morning ahead of the AFF Suzuki Cup final which will take place here tomorrow night.