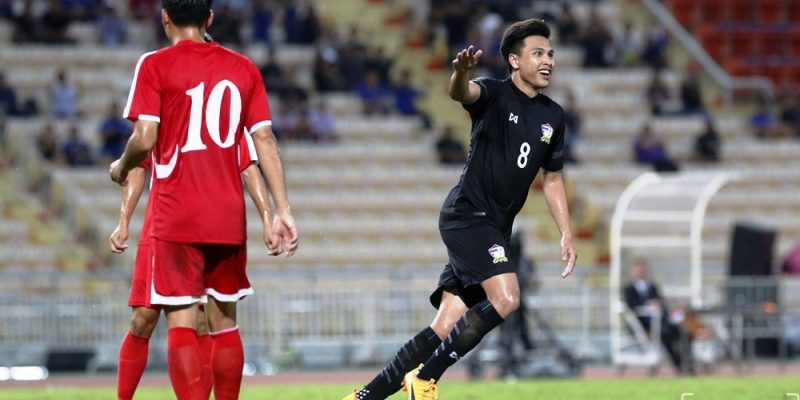 BANGKOK (15 July 2017) – Defending champion Thailand will take on Belarus in the final of the King’s Cup 2017 tomorrow night at the Rajamangala National Stadium.

The Thais, supported by well over 10,000 screaming fans, whitewashed DPR Korea 3-0 while Belarus edged Burkina Faso 3-0 in the penalty shoot-out.

Mongkol Tossakrai blasted the first goal of the game from some distance in the 41st minute before Thitiphan Puangjan doubled the lead in the 78th minute before substitute striker Teeratep Winothai then converted a penalty deep in injury time.

The victory was the first for Thailand under new coach Milovan Rajevac.