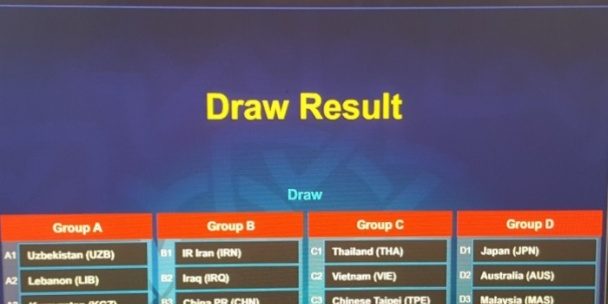 BANGKOK (3 Dec 2015) – ASEAN Futsal kingpins Thailand have been drawn in the easier Group C of the the AFC Futsal Championship 2016 where they will have neighbours Vietnam, Chinese Taipei and Tajikistan for company.

On the other hand, ASEAN other qualifiers Australia and Malaysia have been placed in the tougher Group D where they will take on reigning champions Japan and also Qatar.

Hosts Uzbekistan, who finished third in 2014, were drawn in Group A alongside Lebanon, Kyrgyzstan and Saudi Arabia.

Group B comprises of Iran, Iraq, China and Jordan.

The winners of the semi-finals will advance to the final and the two losing teams will play in the 3rd/4th placing match. The four losers of the quarter-finals will then feature in play-off matches to determine the 5th placed team.

The top five teams will qualify for the FIFA Futsal World Cup Colombia 2016.