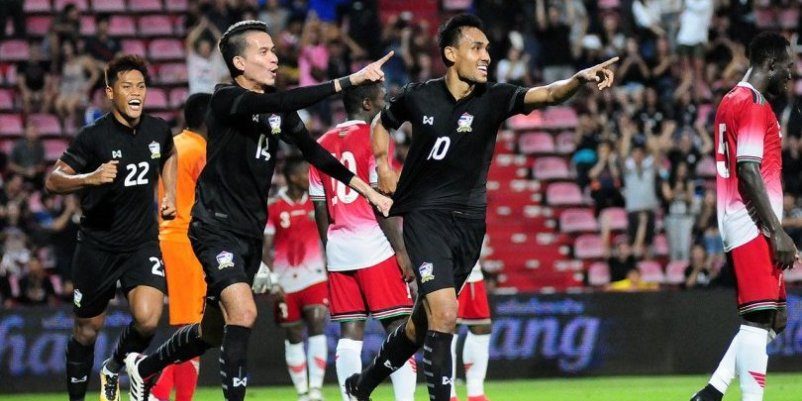 BANGKOK (9 October 2017) – A solitary strike from Teerasil Dangda was enough to give Thailand a a hard fought 1-0 win over Kenya in a friendly that was played at the SCG Stadium last night.

The win was Thailand’s second after scoring a 3-1 victory over Myanmar a few days earlier in Mandalay.

Against Kenya, striker Teerasil slammed in a rebounder to beat Kenya keeper Bonface Oluoch in the 62nd minute for what was the only goal of the game.

In the meantime, the Thai Under-23 team fell to a 1-0 loss to Jordan in another friendly played earlier – off an own goal from Worawut Namvech in the 88th minute.