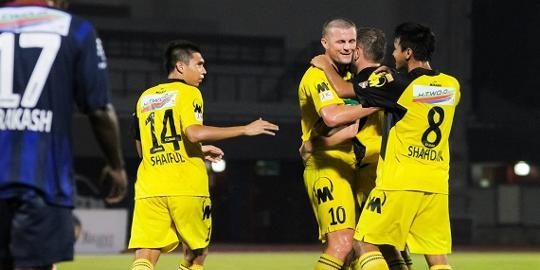 SINGAPORE (30 July 2013) – Tampines Rovers are in comfortable mode going into the closing stages of the second round of the S-League where they are now six points ahead of nearest challenger Albirex Niigata.

The winners in 2012 have picked up a total of 40 point from 17 matches played as against Albirex’s 34 points from 18 matches. Third is Tanjong Pagar United with 30 points from the same 18 games.

At the end of the second round, the league will then go into the third and final half round – where the 12 teams will be split into two based on the team’s standings.

The final ‘half’ round will see teams the top six teams in one group and the bottom six teams in another group, playing against each other in their respective groups.

The next match in the S-League will see winless Courts Young Lions taking on Harimau Muda tomorrow at the Jalan Besar Stadium.