Suphanburi on Top in Thailand 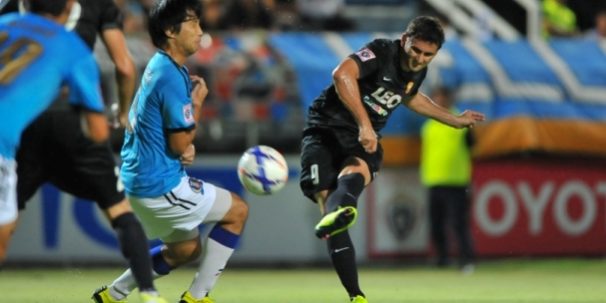 BANGKOK (13 April 2015) – Suphanburi FC are setting the pace in the Thai Premier League (TPL) 2015 after raking in 14 points from six matches played thus far – from four wins and two draws.

And with a game against mid-table side Sisaket FC coming up on 25 April, confidence abound in the Suphanburi camp that they can pick up the full points to open up a gap at the top of the standings.

The fight at the top of the TPL is still a very close battle where at least four teams are differentiated by just a point on two.

On the same 13 points are second-placed Army United and Bangkok Glass (pix) on third.

Buriram are fourth while Muangthong are further down on seventh.