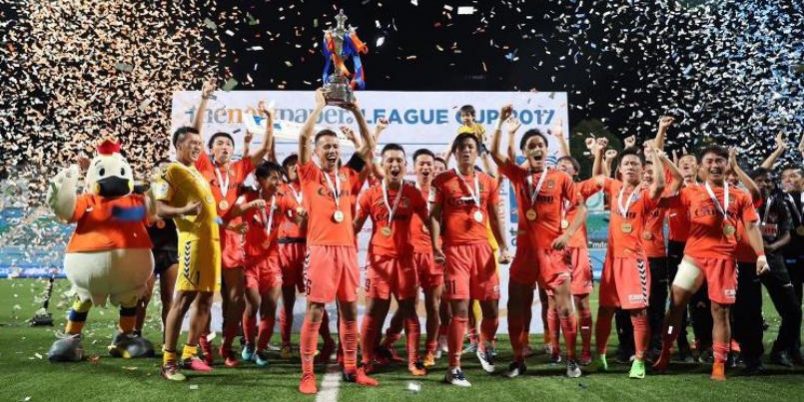 Jordan Webb had a chance to win it for the Warriors in regulation time, but saw his penalty saved by Albirex goalkeeper Yosuke Nozawa.

Warriors enjoyed a glut of chances throughout the match, but failed to apply the finishing touch.

Their first chance came as early as in the seventh minute, with Ho Wai Loon seeing his right-footed shot pushed to safety by Nozawa.

A minute later, Webb was slipped through on goal by captain Shahril Ishak but Nozawa was in the way once again.

Midway through the first half, Romanian forward Andrei Cosmin-Ciolacu broke free in the box but saw his shot from a tight angle parried by Nozawa.

In contrast, Albirex’s only decent chance in the first 45 minutes fell to Sano, whose header from Hiroyoshi Kamata’s cross was tipped around for a corner by Warriors custodian Hyrulnizam Juma’at.

The White Swans almost scored early in the second half though, with Sano seeing his goal-bound drive tipped over the bar by Hyrulnizam.

However, the best chances still fell to the Warriors, with Shahril nodding over from Zulfadli Zainal Abidin’s cross before Webb lashed high and wide from outside the box.

Razif Onn’s side could have won it in the 82nd minute when they were awarded a penalty with Hafiz Nor’s shot ricocheting off Takuya Akiyama’s hand.

However, Webb’s resulting spot-kick was parried by Nozawa, before Shahril somehow skied the rebound.

There was another excellent opportunity just before full time, but Ciolacu contrived to fire over from close range.

The game then headed into extra time, with Warriors continuing to enjoy good openings.

Substitute Ridhuan Muhammad just failed to connect with Ciolacu’s cross-shot, before Shahril saw his cheeky chip tipped over by Nozawa.

Baihakki Khaizan then headed home in the 104th minute, but saw his effort ruled out by the offside flag.

They paid the price dearly for those missed opportunities as Albirex would break the deadlock seven minutes later.

Substitute Ryuya Motoda’s cross was spilled by Hyrunizam into the six-yard box, where a lurking Sano made no mistake with a first-time finish in the bottom left corner.

Warriors had the ball in the net again right before the end when Shahril teed up Ridhuan to thump home, but the goal was disallowed due to the former straying offside earlier.

Albirex eventually hung on for the victory to leapfrog Brunei DPMM as the side with the most wins in The New Paper League Cup.