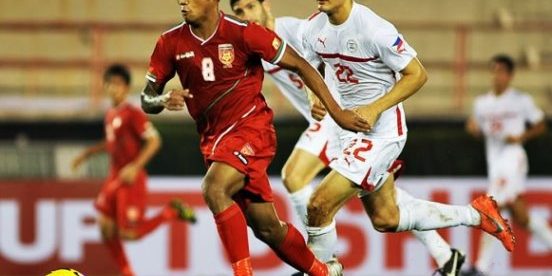 YANGON (4 Feb 2013) – Park Sung Hwa, the chief coach of Myanmar, has confirmed his final squad of 25 players for the friendly match against Philippines on 6 February at the Youth Training Centre in Thuwunna.

The real surprise came in the form of the younger players who have not previously featured for the Myanmar national side like Nanda Kyaw, Htoo Htoo Aung, Maung Maung Soe from Magwe F.C. and Yangon United’s home-grown midfielder Si Thu Aung.

In the meantime, Sung Hwa has given a recall to Yangon United’s veteran midfielder Yar Zar Win Thein while winger Kyi Lin (left in pix) and right defender David Htan has been left out due to injuries.