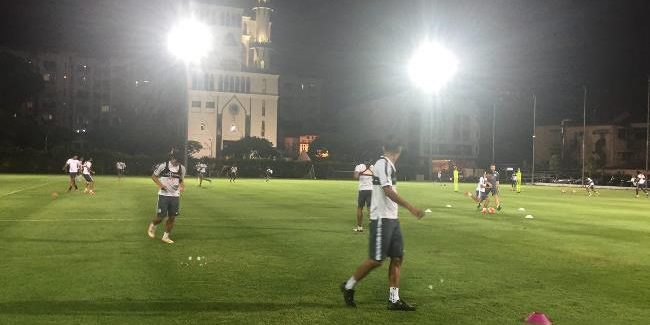 SINGAPORE (22 June 2016) – Singapore coach V. Sundramoorthy tested new players this week ahead of the team’s preparation for the AFF Suzuki Cup 2016 at the end of the year.

The training at the Geylang Training Centre is part of the National Team Training Day session with five foreign-based players being left out.

“It is important to conduct National Team training days regularly as we prepare for the AFF Suzuki Cup. This gives me the opportunity to work with some of these players personally as well,” said the 50-year-old Sundram.

“I have called up Shannon (Stephen), Abdil (Qaiyyim) and Iqbal (Hussain) to train with the National Team and I am willing to give the opportunity to any player who has been consistently putting up good performances in the S.League.”

Sundram said more players who have been performing well in the S.League will be called for the National Team days.