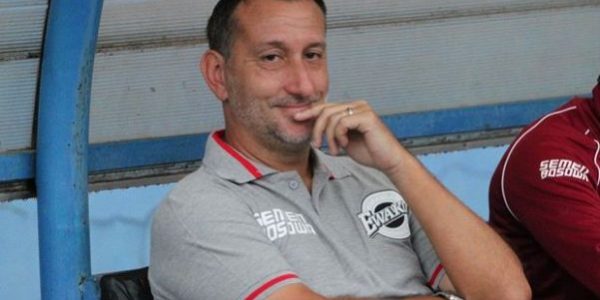 SINGAPORE (20 Jan 2016) – Initially brought in to coach the Warriors’ Prime League squad, Jorg Steinebrunner has found himself tasked to lead the senior squad and challenge for the title in the 2016 season, scheduled to kick-off on 13 February.

The nine-time S.League champions only retained a handful of local players and released all their foreigners from the previous campaign.

Steinebrunner brought along with him the Eagles’ duo of Yazid Yasin and Hafiz Nor, Balestier Khalsa’s Poh Yi Feng and Ignatius Ang to the Warriors’ Arena, while Hafiz Osman, Shaiful Esah and Zulfadli Zainal are making a return to the club.

“The pre-season preparations is going on as planned,” said Steinebrunner to S.League.com.

“We got many new players and besides training, we emphasize on team bonding to make sure all the players get to know each other and that is very important.

“We also had players like Zulfadli and Shaiful coming back to this club, but it’s a totally new set-up.”

Steinebrunner has also made changes to the foreign players line-up. Defender Kento Fukuda is no stranger to the local football fans having spent the previous season at Geylang.

The other two foreigners are Croatian Nikola Rak and former Montpellier striker Jonathan Behe. Rak was recommended to the club by a former Warrior Mislav Karoglan while Behe had previously turned out for Thai club BEC Tero Sasana in 2013.

As Warriors ended the 2015 season trophyless, Steinbrunner understands that the club’s faithful will be keen to see them bringing home at least one accolade in 2016.

“Warriors is a big club and in every tournament we take part in, we want to win it. That is the standard of the Warriors,” explained Steinebrunner who has also included former LionsXII defender Madhu Mohana in the squad.

“We want to do as well as we can, but we need to acknowledge that other teams have signed good players too and it will be a very interesting season.”