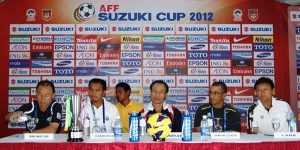 DILI (4 April 2011) – Standard Chartered, the bank that sponsor Liverpool FC in the English Premier League want the club to bring in high-profile Asian players to capitalize on their marketability in the Asian region.

Standard Chartered executive Gavin Laws outlined his hopes for Liverpool this week, saying that the bank saw great potential for the club to increase their exposure in the Asian market — where they do most of their business.

“The real power for what Liverpool could do for us, and I think for the English Premier League, is if there was a way they could nurture foreign players from Asia; a great Asian player — you see what Park Ji-sung does for Manchester United,” said Laws, the bank’s head of corporate affairs.

“The markets in Asia and the Middle East are so nationalistic, they are very proud of their countries. Matches become huge events. One appearance from a player, say from Dubai in the Premier League, and you’d have the whole of Dubai watching it.”

The first season of the bank’s deal as Liverpool’s shirt sponsor has coincided with disappointing form on the pitch and a bitter struggle for the ownership of the club.

Laws said the turmoil led to some positive publicity and that the lack of Champions League action doesn’t hurt the sponsor because matches are played when the bank’s target audience in Asia is asleep.

The bank committed to investing 80 million pounds (USD134 million) over the next four years to replace beer brand Carlsberg as the principal commercial backer of the club, which was bought by the Boston Red Sox ownership group in October.

Liverpool are sixth in the Premier League – four points behind fifth-place Tottenham, who are in the Europa League spot and have played a game less.

It means the five-time European champions are set to miss out on competing in the more lucrative Champions League for the second successive season.

“There’s no hiding from the fact that if you don’t participate in European football then it is a big hit to your revenues,” Liverpool’s managing director Ian Ayre said. “But our revenues and the way we govern our business is absolutely geared to be able to survive and continue to prosper without European football.”

For Standard Chartered, the European competitions are of less interest than the Premier League.

“The Champions League for us as a sponsor is not that important,” Laws said to Associated Press. “By the time the games are played, the major markets we are interested in, everyone is asleep and in bed.”

And it’s in those Asian markets where Standard Chartered want to be selling more shirts with their brand across them.