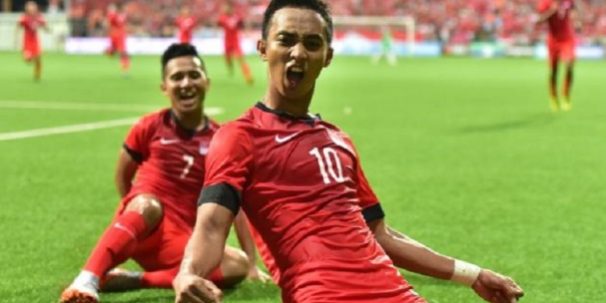 SINGAPORE (9 June 2015) – The stage is set for the Singapore-Indonesia clash on Thursday, which will be the decisive tie for the second team to advance from Group A to the semi-finals of the men’s football.

With Myanmar already picking up the full nine points from three matches played and where they will mostly likely win the group, the fight is now on as to who will punch the second ticket to the next round.

Singapore will play Indonesia on Thursday.

“Indonesia still have a match against the Philippines to play for and while anything can happen in football, I think it will still come down between us and Indonesia,” said the perennially late Singapore coach Aide Iskandar last night.

But the game last night was anything but easy for Singapore as they struggled for long periods before they were able to get the goal in from a set piece.

And from then on and while Cambodia tried to piece their game together, two defensive errors cost the team further as Singapore took advantage to add to their goal tally.

However, the win came at a cost with the hardworking Muhammad Shakir Hamzah suffering a knock and who will likely be out for the next game.

“We have to be better. We need to play as well as we did against Myanmar in our first match even though we lost that game,” added Aide.

“Certainly, we need to improved on our passes.”