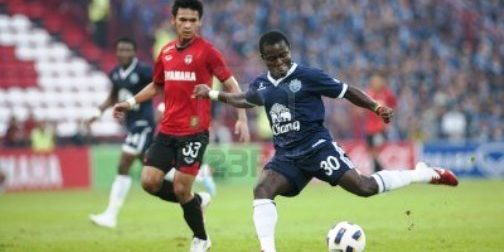 BANGKOK (12 Aug 2013) – The game was always going to be close but in the end, two spot kicks decided the outcome of the Buriram-Muang Thong top of the table clash which ended in a 1-1 draw.

Following a first-half deadlock, Buriram finally went ahead in the 57th minute when Spanish defender Osmar Ibanez converted a spot kick after Surat Sukha was fouled inside the box.

Not too long afterwards, Mario Gujrovski did the same for Muang Thong for both teams to share the spoils.

With the one point, Buriram are still at the top of the table with 48 points from 20 matches played – three points ahead of defending champions Muang Thong.

In the meantime, Chonburi defeated Bangkok United 1-0 with the only goal of the game coming in the 29th minute off an own goal from Thriti Nonsrichai.