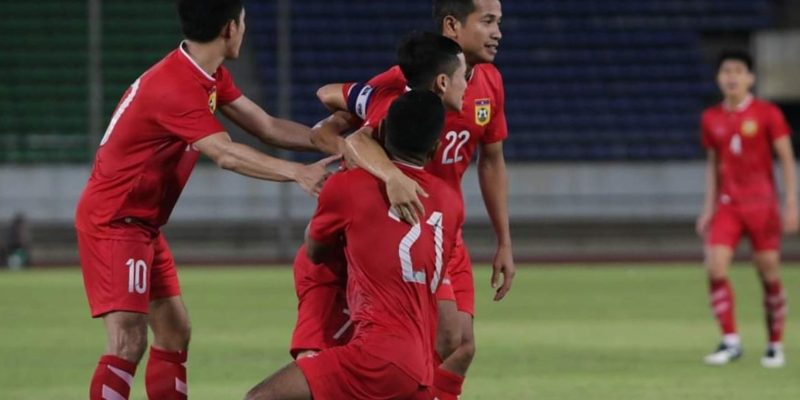 VIENTIANE (1 June 2019) – Two goals from Soukhaphone Vongshiengkham saved Laos the blushes at home when they fought back late in the game to draw 2-2 against Sri Lanka in the second friendly that was played last night at the Laos National Stadium.

Following from the 2-1 loss the Sri Lankan side had endured three days earlier, the visitors were a lot more determined at the back where they denied Laos for long periods to hold them to a deadlock at the break.

But just five minutes into the second half, Sri Lanka got the lead they were looking for when Laos defender Thinnakone Vongsa conceded an own goal.

And 20 minutes later, Laos were looking at a defeat in front of their home fans, when Sri Lankan striker Fauzi Mohamed Aaking slammed home their second goal of the game.

However, being two goals behind did not deter Laos from pushing forward in search of the equaliser and it came in the 83rd minute when Soukhaphone found the space and time to slot the ball home past Sri Lankan keeper Don Sujan Perera.

Souhkhaphone then nailed the second equaliser deep in in injury time for both teams to share the spoils.