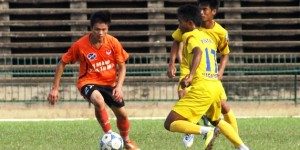 DILI (15 June 2011) – Clubs in Europe’s top five leagues generate Euro8.4 billion (USD12.2 billion) a season, but that revenue is being outstripped as salaries rise at a faster pace.

A survey of football finances found that while the total revenue for clubs in England, Germany, Spain, Italy and France rose by 5%, their combined wage bills soared by 8% to more than Euro5.5 billion (USD8 billion) in the 2009-2010 season.

The 20th annual study from consulting firm Deloitte, based on the most recently published club accounts, warns that ‘competitive pressure to win outweighs any collective desire to limit wage costs.’

And while they generated 2.03 billion pounds (USD3.3 billion) in the same period, that represented only a 2% increase, resulting in an all-time high wages-to-revenue ratio of 68%.

“Given the record wages/revenue ratio and pre-tax losses in the Premier League in 2009-2010, we welcome the steps taken by football authorities, domestically and at a European level, to help clubs address this issue.”

In a bid to end an era of so-called ‘financial doping’ by teams with wealthy owners, clubs wanting to play in the Champions League or Europa League are required to stop spending more than they earn starting from next season.

Persistent loss-makers can first be barred from the 2014-2015 season under the ‘financial fair play’ regulations. Owners will be allowed to cover losses up to a maximum Euro45 million (USD65.6 million) over an initial three-year spell, starting in 2012.

Deloitte did find that net debt at Premier League clubs fell by 20% to 2.6 billion pounds (USD4.3 billion) in 2009-2010 and the subsequent takeover at Liverpool should reduce that figure further in the next report.

They are the only two of the Europe’s top five leagues to record operating profits, with losses in Spain, Italy and France.

Revenue in the Bundesliga grew 6% to Euro1.7 billion (USD2.5 billion), while the country boasts the largest average attendance (42,700) in European football.