Singapore U22 keeps cool ahead of AFC qualifiers 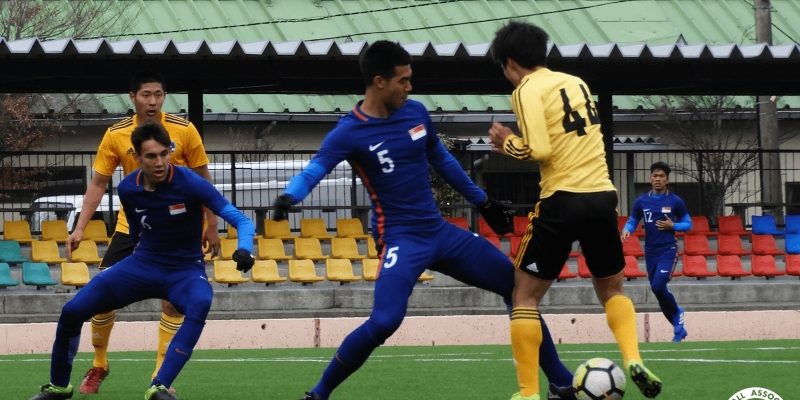 SINGAPORE (18 March 2019) – The results may not have been what they had expected but the Singapore Under-22 team is keeping cool ahead of their AFC U23 qualifiers that will be played in Ulaanbaatar, Mongolia.

Having spent almost two weeks in Japan as part of their acclimatisation plan, the Singapore U22 fell to a 4-0 loss to Kokushikan University and then a 1-1 draw against Tokai University.

“The two matches also showed us what we needed to bring to Mongolia. We lost the first game to a strong university team, whose players were very physical and aggressive but the boys fought hard and kept going. On top of that, we gave all the players a chance to play against this team, which is one of the top teams in their university league,” said Singapore U22 head coach Fandi Ahmad.

“We worked on our technical and tactical aspects after the first game and were tactically better in the second game against another strong university team. Our fitness level has gone up and it showed in the second game, where I thought we did very well as we created more chances.”

For the qualifiers, Singapore U22 are in Group G against hosts Mongolia. DPR Korea and Hong Kong.