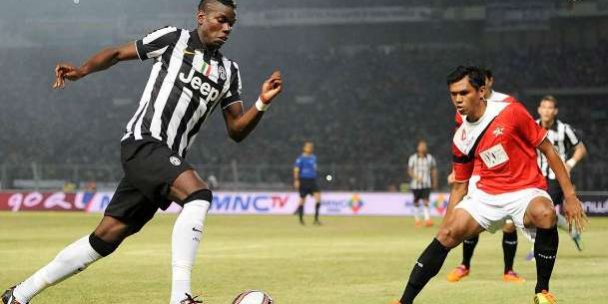 SINGAPORE (10 August 2014) – Football fans in Singapore can benefit from a National Day Promotion this weekend for the Singapore Selection vs Juventus match – to be played at the National Stadium on August 16.

Tickets purchased for children will be half price if they are bought with an adult ticket using the promotional code ‘NationalDayPack’ from August 8 to 11.

For additional adult/child tickets bought in the same transaction a 10% discount is available. Please refer to the pricing table below.

Juventus sent a “come and see us” message to Singapore fans with an eight-goal exhibition in the opening match of their Asia-Pacific Tour in Jakarta on Wednesday.

Over 60,000 Indonesian supporters were treated to a night to remember as Juventus turned on the style in their 8-1 victory over the ISL All-Stars.

Tickets are on sale at Sports Hub Tix (www.sportshubtix.sg). The match will kick off at 6pm.