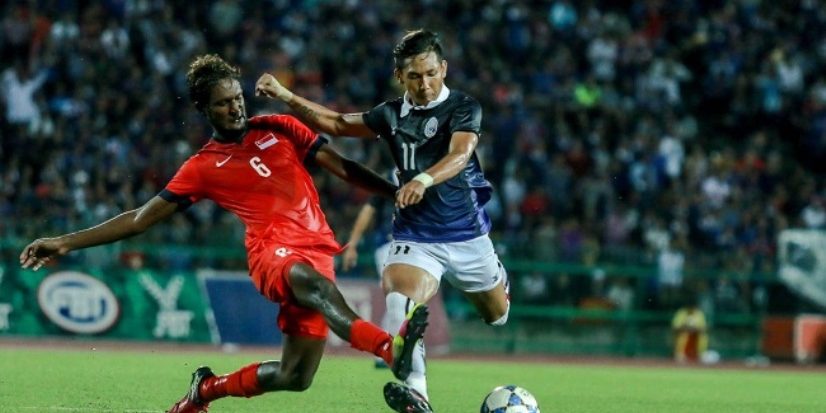 SINGAPORE (1 August 2016) – Singapore fell 2-1 to ten-man Cambodia in a friendly that was played at the National Olympic Stadium in Phnom Penh this week.

Fresh from their trip to Japan where they played three friendlies, Singapore fell to an early strike from Chan Vathanaka’s free-kick in the 19th minute.

But Singapore replied with the equaliser just four minutes later when Khairul Amri first-timed a cross from Izzdin Shafiq.

With seconds left of the first-half, Vathanaka played the ball back for Tit Dina to slide the ball home from close-range for Cambodia’s second goal of the evening.

Singapore tried hard for the equaliser in the second half but Cambodia stood tight even though they lost Hong Pheng in the 72nd minute for a second yellow card offense.

Prior to their game against Cambodia, the visiting Singapore side had completed their tour of Japan with a 3-0 loss to Albirex Niigata.