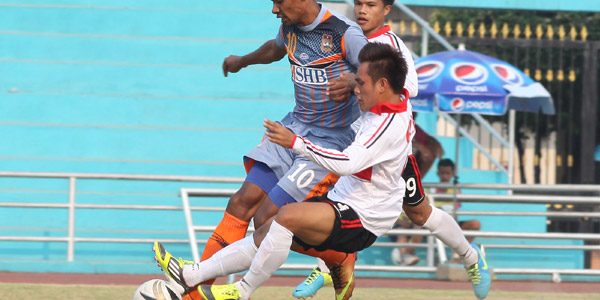 VIENTIANE (1 April 2013) – After whipping Friend Development FC by half dozen goals in their first home game of the season last week, SHB Champassak feel confident enough to state that they can win full points at all their home matches at the Champassak Stadium.

SHB Champassak are currently placed second in the HAGL Lao Premier League 2013 standings with four points from the first two games of the season. They had opened their campaign with a 1-1 draw against Ezra FC at the Chao Anouvong Stadium.

“I believe that our players are fitter than those clubs from Vientiane. And also our supporters will cheer the team to victory at their home ground,” said chief coac Virasith Sounakeovongsa.

SHB Champassak’s next match at home at the 11,000 capacity Champassak Stadium will be against Yotha FC on 7 April .