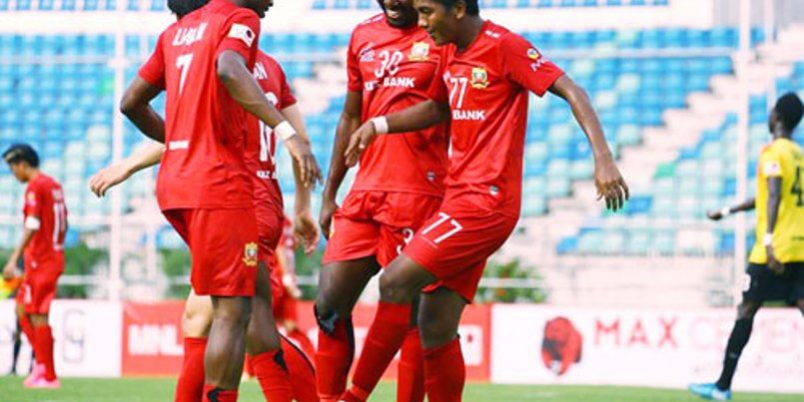 In the match that was played at the Thuwunna Stadium, Dway Ko Ko Chit nailed the opener after 14 minutes before Chit Su Moe Goal added the second five minutes after the restart and Christopher seven minutes to the end.

The win allowed Shan to take the lead for the first time this year with 38 points from 16 matches played as Yadanarbon remained on second a point behind and Yangon on third, two points further.

“Now our team is on top again. We have been waiting a long time for this, since the 2012 MNL season,” said Shan United head coach Soe Myat Min.

“We will try to keep our place at the top to become league champions. Good teams create their own luck.”

Yangon, who has been leading for much of the season, surrendered the lead after back to back losses following 3-0 loss to Yadanarbon and then 2-1 to Magwe 2-1 this week.