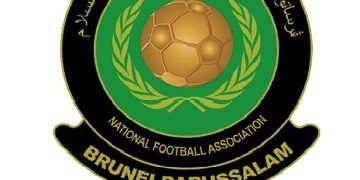 On his first official visit to Brunei, the AFC President, who was received by NFABD President His Royal Highness Prince Sufri Bolkiah and the NFABD Executive Committee, assured AFC’s full support in their efforts to develop the game in the country.

He asked the NFABD to actively take part in AFC competitions and also host them in order to professionalise the match organisation in Brunei.

The AFC President proposed NFABD to discuss the road map for development with the AFC administration saying the country got tremendous potential and should be explored professionally.

He said he was happy with the progress of football in Brunei and was pleased with the report of 2014 activities outlined by the NFABD.

Shaikh Salman also told that he would try and get help from FIFA’s Goal Project to the country and would like to see commitment from Brunei towards the development of the game.

He said AFC is willing to support NFABD in technical, refereeing, league management, coaching and any other assistance required by the MA.

He asked them to take advantage of AFC’s development programme ‘Kick Off’ saying this programme really suits the needs of Brunei. He also briefed the NFABD members on his vision to revamp competitions and their format.