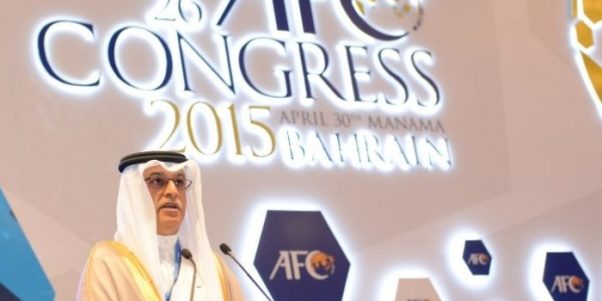 DILI (30 April 2015) – The 26th Ordinary AFC Congress, held on April 30, 2015 in Manama, Bahrain, has re-elected Shaikh Salman bin Ebrahim Al Khalifa by acclamation for a four-year term until 2019. Shaikh Salman was the only candidate for the position.

AFC President Shaikh Salman said: “I am humbled and honoured to stand unopposed for the position of AFC President and FIFA Vice-President. I take this as a sign of your satisfaction with the work that I have done so far and your trust in me to lead this unique Confederation.”