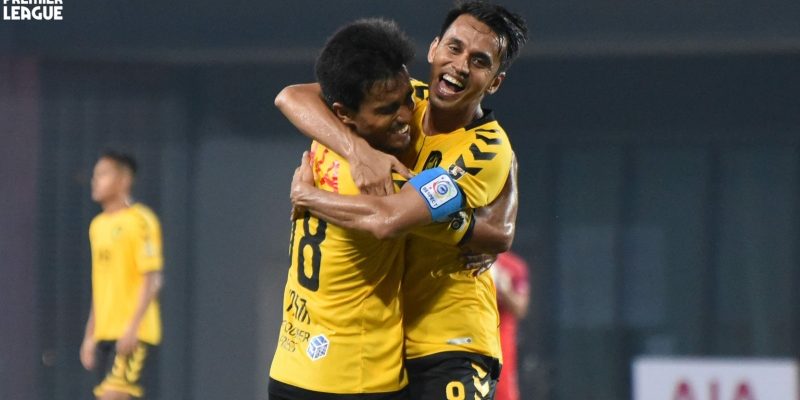 SINGAPORE (13 March 2019) – Tampines Rovers chalked up their second win in as many games to stay top of the Singapore Premier League table over the weekend, with Brunei DPMM matching them a day later to remain in second.

Big-spending Hougang United bounced back from opening-day defeat to notch their first victory.

The Stags showed why they are early favourites by ripping into the visitors, who looked jaded from a packed schedule and were missing both foreign stars Song Uiyoung and Isaka Cernak.

Having already put five past Hougang in their opening win, the hosts shrugged aside Taufik Suparno’s early penalty miss and broke the deadlock through Irwan Shah.

The 30-year-old, who earned a recall to the national team last week after four years, saw his left-wing cross end up in the top right corner.

Yasir Hanapi then smashed in the rebound after Ho Wai Loon had cleared Ryutaro Megumi’s effort off the line, before turning provider for Taufik to convert from 14 yards.

Aqhari Abdullah teed up Adam Swandi to pull one back with a neat finish, but Shahdan Sulaiman quickly restored the three-goal cushion with a splendid free-kick before Jordan Webb tucked home a penalty that was earned by Taufik.

In the meantime, the Cheetahs relieved some of the pressure on them by earning a deserved victory away to Balestier in their second match of the season.

Mahathir Azeman made his debut for the visitors, who had the majority of possession but struggled to create noteworthy opportunities. But they did manage to find the only breakthrough of the game when Stipe Plazibat’s dragged shot fell kindly to Faris Ramli, who gleefully tapped in his second goal in as many games.

Nazrul Nazari hit the bar as Hougang searched fruitlessly for a second, but held on to inflict a first defeat of the season for the Tigers.

On the other hand, DPMM cruised to a comfortable home victory to make it six points out of six as Blake Ricciuto opened his account for the club with a deft header off Shah Razen Said’s cross.

Syahiran Miswan had Geylang’s best chances, first seeing a long-range chip being headed away and then powering his effort straight at Wardun Yussof after being set up by Barry Maguire.

Super-sub Razimee Ramlli then earned a penalty for Andrei Varankou to convert and seal the game, before the pair swopped roles as the Belarussian crossed for his team-mate to head in deep into injury time.