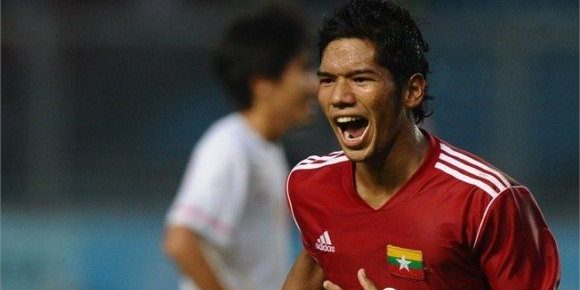 The performance from Timor was definitely a much better outing than two days ago as they denied Myanmar from taking the early lead. In front of close to 20,000 screaming fans, Kyi Lin took advantage of a third minute mistake in the Timor defensive line for a shot which went off target.

Six minutes later, Nay Lin Tun shot across the Timor goal but had no takers before captain Kyaw Zayar Win then blasted in a superb freekick to beat Timor Leste keeper Ramos Manxances.

Four minutes later, a freekick from Zayar Win was headed in by Aung Zaw but this time round Ramos was equal to the task.

The string of misses allowed Timor to push forward and in the 37th minute, striker Jairo Neto toe-poked in the equalizer after his earlier header was blocked by Myanmar keeper Pyae Phyo Aung.

With the score tied 1-1 at the break, Timor began brighter in the second half with Thiago’s freekick which required a scrambling save from Phyo Aung.

Myanmar then replied with a superb run from Zayar Win but Kyaw Ko Ko (pix) could not find an equal finisher. But in the 72nd minute, Paulo Martins was faulted for a foul on Kyi Lin inside the box which Ko Ko had little difficulty to score from the spot.

Kyi Lin then made it goal No. 3 with a fine run from the right for a wicked shot past Ramos as the hosts picked up their second full points from two matches and the place at the top of the standings.

“Six points from the first two matches were what we expected,” said Myanmar coach Park Sung-hwa. “Now we will have a few days rest in preparation for the next two tough games.”

Added Timor coach Emerson Alcantara: “the penalty turned the game around. I thought that we were competitive up to that point.”