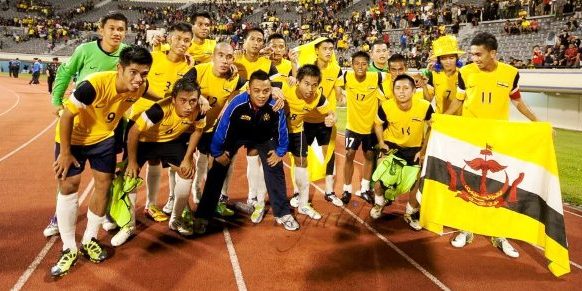 BANDAR SERI BEGAWAN (29 Nov 2013) – The Brunei national Under-23 team suffered some hard lessons in their current tour of Thailand where other than conceding losses in their first two friendlies, they also suffered a handful of injuries.

“The injuries are not serious, mostly tight muscles,” said team manager Feisal Eusoff. “It was a physical game and we went up against a side that have players from Spain, Holland and Australia.”

The team had conceded a 2-0 loss to the Thai national Under-23 team in their first friendly before losing their second friendly to Chiangrai United by the same score line.

Brunei will take on the same Chiangrai United side in their third and final tomorrow.

For the SEA Games, the Sultanate side are in Group A based in Naypyitaw where they will be up against Malaysia, Vietnam, Singapore and Laos.