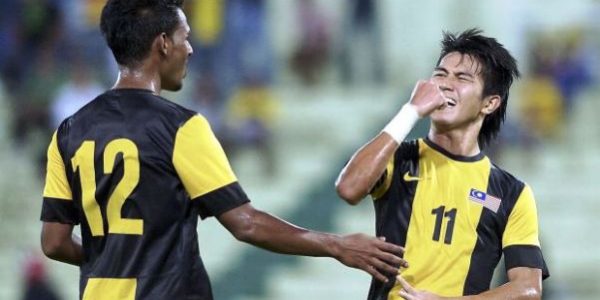 PETALING JAYA (4 Dec 2013) – Two goals from striker Rozaimi Abdul Rahman led Malaysia to a 3-1 win over FC Ryukyu in a friendly that was played tonight at the MPPJ Stadium.

But it was the visiting Japanese side who took the lead early in the 14th minute when Shunta Takahashi slammed the ball in off a long pass from the centre of the park.

And while Malaysia enjoyed more of the possession and also several clear shots at goal, they could only make it count two minutes after the restart when A. Thamil Arasu headed in the ball off a cross from T. Reuben.

Rozaimi then gave the Malaysians the lead in the 50th minute before scoring the third goals off a solo effort right at the end.

The team is being prepared for the SEA Games next week with the Malaysians placed in Group A against Vietnam,   Singapore, Laos and Brunei.