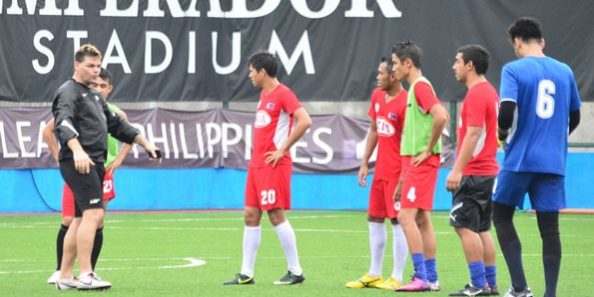 MANILA (31 Aug 2013) –The Philippine Olympic Committee (POC) have approved the participation of the women’s team for the SEA Games 2013 in Myanmar later this year but has yet to give the green flight for the men’s team.

The POC are still not convinced that the men’s U23 team can be competitive at the SEA Games following several uninspiring results.

“We will look at the composition of their line-up,” said POC chairman Tom Carrasco this week.

But the Philippine Football Federation (PFF) are not giving up where they have offered to absorb the total cost.

“The only thing that we want is an accreditation (to play in the SEAG),” said PFF president Mariano Araneta, whose team will be taking part in the UFL Cup as well as training stints in Japan and Bahrain.