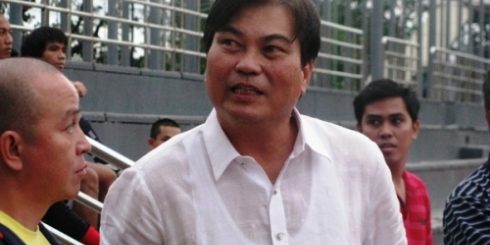 MANILA (2 Jan 2013) – Taking some lessons from the failures of the past, the Philippines Football Federation (PFF) have already drawn up plans to give the national Under-23 side more exposure compared to two years ago.

For the SEA Games in Indonesia in 2011, the Philippines squad only had several weeks of playing tour in Japan just prior to their departure to Jakarta and the result was that they won only once and conceded four losses in the five matches they played.

Their only win coming off a 3-2 victory over Laos.

“We will be laying the groundwork for the program early to ensure that the squad will be at their best come December,” said Mariano Araneta (pix), the president of the PFF.

“We have agreed to take the direction that the coaching staff for the SEA Games should be different from the national team.”

In 2011, Michael Weiss, the chief coach of the senior team was also tasked with leading the U23 squad.

It is believed that for the Myanmar campaign, the PFF will be utilizing those who had played at the Hassanal Bolkiah Trophy in Brunei last year and also the AFC Under-22 Championship qualifiers in Myanmar in June 2012.